Facebook
Twitter
Linkedin
Xing
Effective January 1st, 2020 the International Maritime Organization (IMO) mandats that vessels’ sulfur emissions must be reduced to not more than 0.5% A senior shipping executive opined “For the global shipping industry the switch to the IMO mandated 0.5% cap on sulfur emission equals in importance the historic switch from sailing-ships to steam powered vessels”.

Reducing sulfur-emissions from the current 3.5% average to 0.5 % will increase carriers’ fuel cost significantly – not only because of the cost differences between High-Sulfur and Low-Sulfur fuel oil, but also because the 0.5% IMO sulfur emission-cap must be maintained during the entire time a vessels is operated before and after  it enters and leave special Emission Control Areas (ECAs). In the U.S. the ECA extends to coastal waters up to 200 miles from the coast of the Continental U.S. and caps sulfur emissions at 0.1% since 2015

Even “big” names in container-shipping do not own their entire fleet, but  charter additional tonnage. This means that actual vessel owners, not just  vessels operators, decide which approach they will take to make their ships IMO compliant before January 1st, 2020.  These are their options :

Most ship operators will use IMO compliant Low-Sulfur gas oils to operate a majority of their ships  because they are more confident now than they were a few months ago that sufficient quantities of IMO-compliant low-sulfur gas oil will be refined.

Concerns remain whether IMO compliant marine fuels will be available in sufficient quantities at ports where the carriers plan to  taking on low-sulfur marine oils.  The fear is, of course, that shortages of IMO compliant fuel  will disrupt regular  sailing schedules, and/or cause sailings to be cancelled.

IMO Fuel Cost Increases  to be Paid by Cargo Owners

The cost to  the global shipping industry to become IMO compliant by January 1st, 2020  has been estimated by a prominent shipping executive at  $ 10  to $ 15 billion annually

As one would expect, he carriers are quite determined to pass on  their fuel cost increases to  their customer, the cargo owners. To do  so they have developed an assessment  methodology based on which they calculate the new IMO fuel charges or Surcharges. Included in these calculations – by each individual carrier – are  the cost differentials between high and low sulfur marine oils (the Platts Bunkerwire is commonly used to establish these numbers).  Also taken into account are fuel consumption by an average size container ship being operated in a specific trade route, and bunkering cost at predetermined ports. For good measure other “Trade Factors” may be added.

Carriers which so far adjusted their fuel adjustments charges every three months, have announced they will now forward-file their (Low Sulfur) Bunker Surcharge assessments on a monthly basis to make sure they can promptly re-coup unexpected swings in their fuel cost 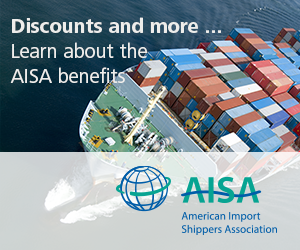